It’s a great advantage to know how to make buttercream flowers in addition to all the other types of sugar flowers.

This means that you can always crank up buttercream flowers for your buttercream cakes instead of looking of other types of decorations to put on the cake. 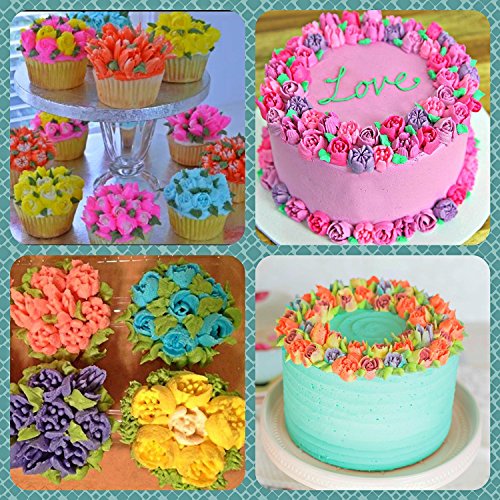 We are not saying that other mediums of decoration would not work for a buttercream cake. However, it would be simpler to just use one medium of decoration from start to finish in your cake decorating project.

How To Make Buttercream Flowers – For Starters

There are some basic things you need to have as you embark on learning how to make buttercream flowers.

Some of these basic things include the following: 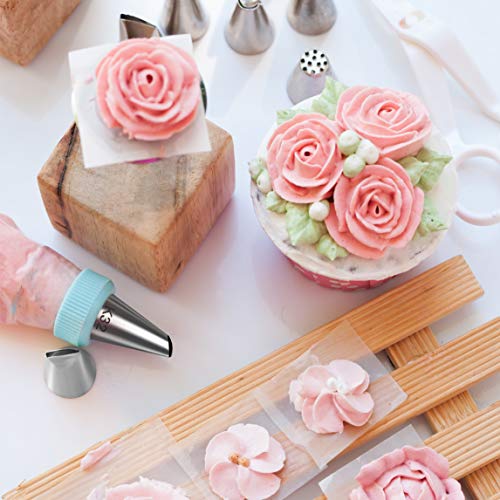 By experience we know that one of the most popular flower known to man is the rose flower. In the same vein we think that if you start out by learn how to make a buttercream rose, you‘ll have a flower that can fit on any cake.

The great thing about buttercream rose is that you can tweak it in many ways. You can make a rose bud, or a five, seven or multi petal rose or even a giant rose. Although it isn’t the easiest buttercream flower to make, it is the most multipurpose flower (in our opinion) to have at the ready at all times.

There are a few other simple flowers that can work as fillers flowers or for decorating cupcakes.

Here we’ll just give you a basic step by step explanation of how to make buttercream roses. The accompanying video would do a better job of helping you understand the steps that we would detail.

(iii) Place a square of parchment paper on the flower nail

(i) Then hold the piping bag straight up and start squeezing out the icing to form a cone. When you have a cone about 1 and ½ inches high, lift off the piping tip and stop squeezing.

(iii) At this point you’ll have to do three things at once. You squeeze out the icing, turn the piping tip and rotate the flower nail. When you squeeze the piping bag, you at the same time, move the piping tip up from the bottom to form a strip of icing. Gradually turn the flower nail anti-clockwise (this is for right handed persons) so that the icing you are squeezing out would overlap at the top of the cone and then come back to the point where you started.

(iv) Next move your piping tip up and down in a straight motion. No need to loop this strip of icing at the bottom of the cone. This step would complete the rosebud. 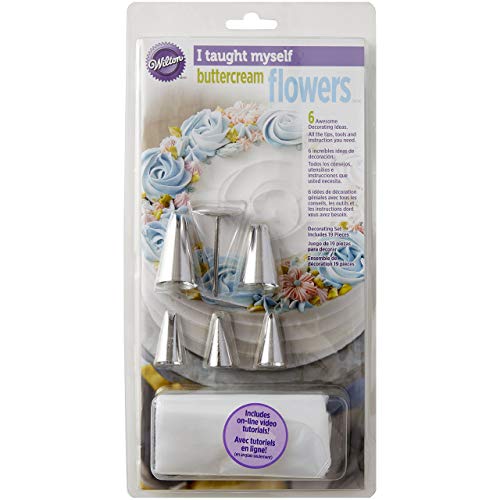 (ii) Repeat this process, starting a little behind where the first petal ended for the second petal. Do this again for the third petal but this time you end by overlying this petal on the beginning of the first petal.

(iii) After this point, all you have to do is to start out the next petal from slightly behind where the last petal stopped, following the first step of this stage.

If you are like me with verbal or written instructions, then this accompanying video would be of great help to you. Watch and learn.

How To Make Buttercream Flowers – Notes and Expert Tips

(ii) Ensure that you sift your icing sugar well because lumps in your icing can be a real pain when you start piping.

(iii) Do not over whip the buttercream or else it would have air bubbles which are a real nightmare when you start piping.

(v) Add color a little at a time until you get the right shade you want. Remember that the colors are likely to darken with time.

(iii)Use two-tone buttercream – There are three methods of doing this. The first method is to fill one side of your piping bag with one shade of the color and the other side with another shade of the same color. The second and easier method is to fill two piping bags each with different shades of the color you want. Then place the two piping bags in a bigger piping bag and then use a large coupler to hold them together. The third method is to place a plastic wrap on you working surface and pipe one row each of the two shades of color that you want to use. Then roll the plastic wrap into a sausage shape. Insert this “sausage” into a bigger piping bag. 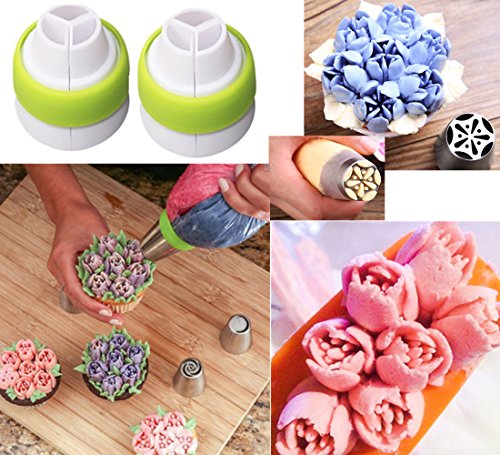 How To Transfer Buttercream Flowers To A Cake

(i) To make your transfer of buttercream flowers easier, it’s best to pipe them on a square of parchment paper. That way, you can lift the parchment paper off the flower nail and place on a tray to freeze or store.

(ii) If possible, do not attempt to place your buttercream flowers on the cake immediately you pipe them out. If you can make them a little bit ahead of time and refrigerate/freeze, you’ll find that transferring the flowers to the cake would be less accident prone.

(iii) In a situation where you have to transfer your buttercream flower to the cake immediately you pipe them, it’s best to use a flower lifter or scissors

Russian piping tips are great tools for cranking out beautiful life like buttercream flowers whether on cupcakes or large cakes.

You  just use them pipe out large flowers at a go; No need to pipe them out petal by petal.

They are also great for making multi-tone buttercream flowers and decorations.

In addition to practicing, you also have to buy some additional piping tips, bags and couplers. 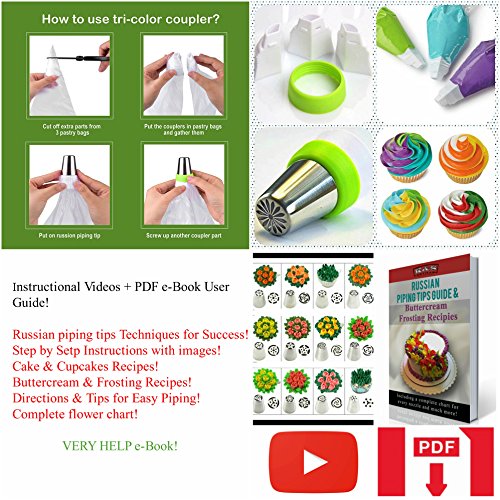 How To Make Buttercream Flowers – Conclusion

When you set out to learn how to make buttercream flowers, you have to be patient. Constant practice is needed in addition to patience.  You don’t expect that your first attempt would be as perfect as that of the instructor you watched in the video. So cut yourself some slack and have fun along the way.

From experience I’ve learnt that mistakes are blessings in disguise. I’ve stumbled upon some tricks and hack accidentally. In fact some things that seemed counter intuitive have turned out to make some of my cake projects extra special. So do not be afraid of mistakes!

This second video is more detailed and also shows you a different method of making roses, in addition to other flowers.